Cloud Telephony-History and state of the art

By C Chaitanya October 29, 2019
Well, its been 11 years since Twilio launched their voice API in November 2008. I would say that was a major turning point in the cloud telephony industry. Before that, for people to build telephony applications, you either had to depend on proprietary platforms like Avaya dialog designer or build on arcane technologies like VXML which again was supported at varying degrees by the incumbents.
Enter Twilio with their voice API and the industry changed for the better.

Since it's been almost 11 years now I thought now might be a good time to do a comprehensive review of the cloud telephony industry as a whole in general and in India in particular. 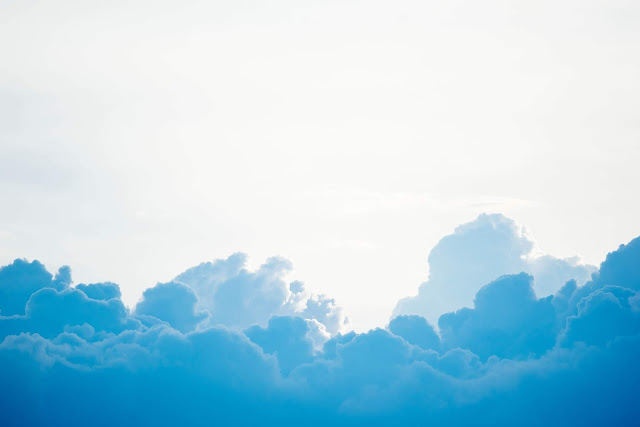 Twilio was undoubtedly the startup which ushered in the era of cloud telephony. They started in November 2008. At that time in India, we at Ozonetel had launched a hosted VXML platform. There were no takers. After all who coded in VXML :)
So when Twilio launched and we saw them take off, we immediately realized that there was a big opportunity there. We modified our VXML platform and quickly launched KOOKOO, a platform similar to Twilio in India within a few months and cloud telephony was born in India(some funded startups may mention that they were the first, I will just point to the Internet archive to clarify the doubt of who is first :))
The early days were heady. Both Twilio and we at KOOKOO saw very innovative telephony applications. For developers, it was almost like magic. They would write a web application and watch it come to life on the phone systems. A whole new channel was opened up for them. This led to a lot of creativity.New types of IVRs, missed call applications, automated alerting systems etc were being built by new startups on a regular basis. We were amazed at the innovation and loved what our platform was enabling. I am sure the Twilio guys felt the same :)

Everyday was a new challenge. How do we improve server handling capacities? How do we enable new circles to get local numbers? Missed calls were jamming up the telecom switches. How do we work with the telcos and enable a business model for missed calls? How do you suddenly handle a million calls in a day when a cricket match happens?

Once the euphoria of the initial years was gone the middle years kicked in. Cloud telephony was still going great. But every platform needs hero apps. The hero apps in cloud telephony had not yet kicked in. In India we thought that the hero app was missed call in the early days. But even that ran out of uses cases soon. Also, in India we had another problem. We were running out of developers. Within two years almost all the new and exciting startups in India had developed on KOOKOO. And though we were making good revenues how could we grow faster. I can't obviously talk for Twilio, but just from news items etc we could gather that even Twilio was facing the same problems. Developers were signing up by the bucket load. But there was no hero application.

For Ozonetel, that hero application turned out to be the boring old contact center. Rather than wait for developers to build the hero app, we at Ozonetel built the world's first pure cloud contact center solution. And it was an instant hit. Immediately we could see how a SaaS engine can be built on top of this. And how business can be built on cloud telephony platforms. At around the same time Talkdesk was becoming a sleeper hit for Twilio. So clearly contact centers was where all the business in cloud telephony was in.
And just like call centers, cloud PBX solutions also started mushrooming. Cloud PBX startups also started offering a SaaS product for businesses and they became another cloud telephony business case.
With the advent of the gig economy and success of startups like AirBnB, Uber, Ola, Zomato, Swiggy etc privacy of customer numbers became paramount and the use case of virtual numbers took center stage. This opened up another revenue stream for cloud telephony startups.

So through the history cloud telephony startups have been molded into different shapes. And as it stands we have the following versions:
1. Cloud telephony platforms.
2. Cloud Contact center solutions.
3. Cloud PBX solutions.
4. Virtual number solutions.

I wont take names, but each startup in India has found a niche in one of the above and are providing services in that area.

Surprisingly not many investors actually understand cloud telephony :). In the initial days most of them pegged the market to be at around $10 million. Now just the top 3 startups in India are doing business worth more than $30 million. This revenue is just from India and we haven't scratched the surface yet.

Also, though all cloud telephony startups position themselves as SaaS players the different products above have different models. We know it because we do all the 4 products above and its a headache for our finance guys to come up with a one size fits all financial model :)

Let me try to clarify the different pros and cons of each product above.

1. Cloud telephony platforms:
This is a platform play. Very tough to find developers and startups to adopt your platform. Customer acquisition is through events and hackathons. This is a SaaS play as the developers pay monthly for resources similar to AWS compute.

2. Cloud contact center solutions:
This is an enterprise SaaS play. Most of the SaaS money is here currently. Enterprises are adopting cloud call centers and the industry is moving in this direction. Good gross margins and a perfect example of a SaaS business. Customer acquisition is through SEO,SEM and inside sales. There is a huge market both in India as well as outside as even in the US there are very few cloud contact center players. The pricing is generally per agent per month similar to CRM or support desk seats.

3. Cloud PBX solutions:
This is SMB SaaS play. Much tougher in India as CAC is high and getting payments is tough. If someone can crack this then there is a huge market. Outside India there are a lot of competitors. Also, now, CRMs and support desk systems are including telephony as part of their solutions and that is good enough for most SMBs. The pricing is generally per business and annual.

4. Virtual number solutions:
This is more akin to the SMS game. Businesses either buy prepaid minutes or pay per minute later. So the revenue depends on the number of platform minutes. Gross margins are very very low. But good business if you can get some nice markup per minute. But now this game has become cut throat and making 3-5 paise per minute is huge just like in SMS business. The bulk of the revenue goes to the telco. But this business is really good to shore up your topline.

To understand a cloud telephony startup better separate out the revenue into the 4 pieces above.

Well, the future is so exciting and so full of potential that I will address this in the next blog post :)