By C Chaitanya October 29, 2012
So we have just completed 2 years since we launched at Unpluggd 2. Startup Weekend's "The Entrepreneur's Journey" gives a snapshot of a startup's journey. In general, every startup will have the following phases: 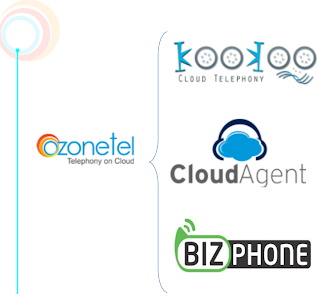 As per the above resource, we did the 'I got an idea', 'I want to startup', 'Startup', 'Build a solid team and product' phase in our first year. The second year was all about 'Validation' and 'Scale'

So without further ado, some of our numbers this year.

More than the numbers, the thing which has given us the most satisfaction has been our ability to scale and bring PSTN based cloud telephony to the mainstream. Traditional businesses like Agarwal packers have also embraced cloud telephony and are using it for their day to day operations. Also, in this year, we crossed one more barrier and became "Idli Profitable"(since we are in south India, thought it made more sense to call it Idli profitable than Ramen profitable :)). Basically, what I mean to say is that we have reached a stage where now, we do not need to raise money to survive. Our ability to scale was also validated by our selection in the Nasscom Emerge 50, this time in the growth category. Last year, we were in the startup category.

Most Fun:
The most fun we had during the year was when we were judging the student entries for the Desert Hack and the two year KooKoo birthday bash we had in an employee's farm house(Sorry, Things got really out of hand at the party and due to the NSFW nature of the photos, we cannot post any of them in this blog :))

Most Stress:
The most stressful time was during an outage due to the fiber cut of a telco and we had to migrate some customers to alternate numbers.

Turning point:
The most important decision we took consciously during this year was to build sales DNA into the company. Till 4 months back, we did not have a sales team. All our customers had come through word of mouth. At that time, we had seen enough traction for our products. Platform & products were also rock solid and hence we went ahead. In the last 4 months since the sales team has been in place under Rajiv's leadership we have more than doubled our revenue. Rajiv joined our team with more than 30 years of industry experience and almost 10 years as a VP in RCom. His guidance has been immeasurable. It was a very good learning for us. In India, especially if you are in the B2B space, its mandatory to have a direct sales backed by a strong pre-sales.

Thanks:
We would like to take this opportunity to thank all our customers who have shown their trust in our systems. We hope we have lived up to your expectations and we promise that we will continue to serve you to the best of our capabilities. We would also like to thank the startup ecosystem of India. Especially, the Hyderabad startup ecosystem. It is not very active in the Internet scene, but when it really matters everyone has helped us. It has been really wonderful to discuss with the most vibrant minds and bounce off ideas and learn from them.

Our goals for the next year:

By C Chaitanya August 19, 2015
Telecommunication Revolution & Cloud Telephony Every one talking that world power has shifted from west to east, next century belongs to India and China, as China is an aging country, everyone is betting very high on India. To find the reality, I have done a comparative study between India and western countries. The result was really depressing, in most of sectors/areas we are way behind the developed countries, except one sector i.e. “Telecommunication”. You can see in the above picture the call rate, which was at Rs 15.5/min has dropped to less than a Rupee/min. The telephone subscriber base has also increased a rate of 40% YoY (approx.). According to Mar’15 release by TRAI, India has 999.71 million telephone subscriber, now we are in Sep’15. We would have crossed 1 billion mark. This is the overall picture of telephone subscriber, but if we look internet and broadband subscriber base it is also very optimistic. Apart from that recently Airtel has launched 4G servic
Read more