By C Chaitanya November 01, 2015
Date: November 2, 2015
One more feather in the cap of Ozonetel! We ranked #5 at the Deloitte Technology Fast 50, India at the award ceremony that was held at Hotel ITC Gardenia, Bangalore on 30th October. This has been the second consecutive year that Ozonetel has made to the Deloitte Technology Fast 50 moving from rank#18 in 2014 to #5 in 2015. This year has been particularly exciting year for Ozonetel because in June this year, Ozonetel was the only Asian company to make it to the Unilever’s Foundry 50. Around the same time, Ozonetel won the Frost & Sullivan award for Innovation in Cloud Telephony.
The award ceremony was attended by officials from the Fast50 companies and the entire senior management team from Deloitte India. There were 31 repeat winners this year and Ozonetel was one of them. Mr Madan Padaki, Co-Founder & CEO of Head Held High services graced the occasion as the Chief Guest.
The Deloitte Technology Fast 50 which is organized by Deloitte Touche Tohmatsu India Private Limited (DTTIPL) in India, is a part of the global top-level program, which was launched in 1995 in San Jose, and currently takes place each year in more than 30 countries. This year, Deloitte is introducing the Deloitte Technology Fast 100 Global Program.
The Deloitte Technology Fast 50 India Ranking measures and recognises growth of the fastest growing technology companies in the country. Fifty companies are ranked according to revenue growth rates over the past three years. The Deloitte Technology Fast50 India 2015 winners consisted of the 50 public and private technology, media and telecommunications businesses headquartered in India, that have achieved the highest rate of revenue growth over the past three years.
At this occasion, Mr CSN Murthy, Founder & CEO expressed his gratitude by saying “A moment of pride for Ozonetel to have made it to Deloitte Technology Fast50 for the 2nd consecutive year. We at Ozonetel are committed to work tirelessly towards making Business Communications seamless and easily available to all enterprises big or small through constant innovation and design. We are also excited to tap into the existing mobile reach of 980 million subscribers and help businesses run their marketing programs to reach the bottom of the pyramid”
For more visit: www.ozonetel.com
Twitter - @OzonetelSystems 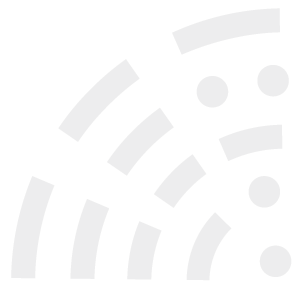 By C Chaitanya August 19, 2015
Telecommunication Revolution & Cloud Telephony Every one talking that world power has shifted from west to east, next century belongs to India and China, as China is an aging country, everyone is betting very high on India. To find the reality, I have done a comparative study between India and western countries. The result was really depressing, in most of sectors/areas we are way behind the developed countries, except one sector i.e. “Telecommunication”. You can see in the above picture the call rate, which was at Rs 15.5/min has dropped to less than a Rupee/min. The telephone subscriber base has also increased a rate of 40% YoY (approx.). According to Mar’15 release by TRAI, India has 999.71 million telephone subscriber, now we are in Sep’15. We would have crossed 1 billion mark. This is the overall picture of telephone subscriber, but if we look internet and broadband subscriber base it is also very optimistic. Apart from that recently Airtel has launched 4G servic
Read more